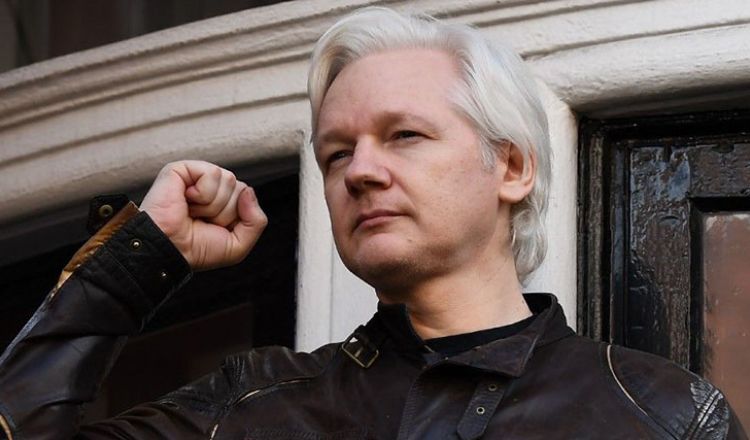 Following up on the latest development in the case of journalist Julian Assange, founder of WikiLeaks, the Journalist Support Committee (JSC) in Geneva expresses its deep concern about his trial. As JSC asserts that these measures pave the way for a global undermining of press freedom and threaten the security of journalists and researchers in their pursuit to reveal the truth to local and international communities.

In light of the rise of intensity of the global campaign to demand justice for Julian Assange, especially in the United States of America, Europe, and Australia, and to find out more about the latest development in his case, JSC contacted the lawyer and international correspondent to cover the Assange case for "Diário do Centro do Mundo, Brazil" in Brazil, Ms. Sara Vivacqua Souki,

Vivacqua: Dangerous Threat to Press Freedom around the World

“The lawfare against Julian Assange is unprecedented. Despite deciding against his extradition on January 4, the District Judge Vanessa Baraitser decision is a cause for significant concern worldwide. First, she contradicts her own findings by refusing to grant Assange bail and confirming his custody in solitary confinement in a maximum-security prison, despite his mental state and suicidal risk. What is more worrisome is that Assange has not been yet charged with any crime”, Vivacqua confirms.

She adds, “But the most significant and concerning aspect of this decision is the novel unprecedent in British and European justice history it sets. It has outright criminalized fundamental journalistic activities, such as receiving information, contacting sources, and publishing true information.  Journalists would be from now on subject to extradition on the grounds of national security laws for revealing true information about State crime and genocidal policies, unless they suffer from extreme mental health issues. This is a seal upon journalists' political prosecution, criminalizes journalism, and a validation that Britain is ready to extradite journalists, of whichever nationality to whichever country which requests it”.

Regarding the ongoing campaigns to demand Pardon to Assange with the inauguration of US President Joe Biden on January 20, the lawyer assures that, “In the same way, politicians have been laundering money to make their assets legal, courts have been systematically misused to give political persecutions an appearance of legality to the public. The future of Julian Assange lies in the public opinion worldwide condemning his political prosecutions. This had been initiated by Obama, who decided not to charge him, but was then escalated by Trump and Mike Pompeo. The future of Julian Assange and journalism depends on public support showing Biden that they do not welcome this violation of the freedom of Speech and freedom of the press”.

Then, Vivacqua restates the demand to free Assange immediately and drop all charges against him., ”Otherwise, we have a lot of false democrats out there”.

To further clarify and support, the Legal Office of the Journalist Support Committee explains that the decision of the British judge sets an unprecedent in his field and raises great concern in various regions of the world, especially with the contradictions it includes, as it ignored the psychological and mental state of Julian Assange and refused to release him on bail yet still permitting the extension of his detention in custody in a solitary confinement in a maximum security prison despite his health conditions and the risks of suicide.

The most dangerous point in the decision is that it sets a legal unprecedent in the history of the British and European judiciary, as it explicitly criminalized the essence of journalism, which is the right to receive information, contact and protect sources, as well as publish the information obtained. This is what Lawyer Al-Souqi referred to as an unprecedent that establishes the possibility to hold journalists accountable, under national security considerations in British law, and establishes for other countries as well.

In light of the information provided by the lawyer, Vivacqua, JSC highlights the seriousness of the political prosecutions and accusations against the journalist and WikiLeaks founder Julian Assange, calling for an end to political and illegal prosecutions against him, releasing him, granting him his full freedom to move without prosecution and ensuring the follow-up of his psychological treatment. The high importance of Assange case is due to its impact on the future of freedom, especially freedom of journalism, not only in the states The United States of America and Europe, but throughout the entire world. The justification for the pursuit of national security imperatives is precisely the basic suffering endured by peoples who are subject to authoritarian, totalitarian governments.