In journalism, ‘objective’ is a good word with a noble history....What about ‘distance from neutrality’? 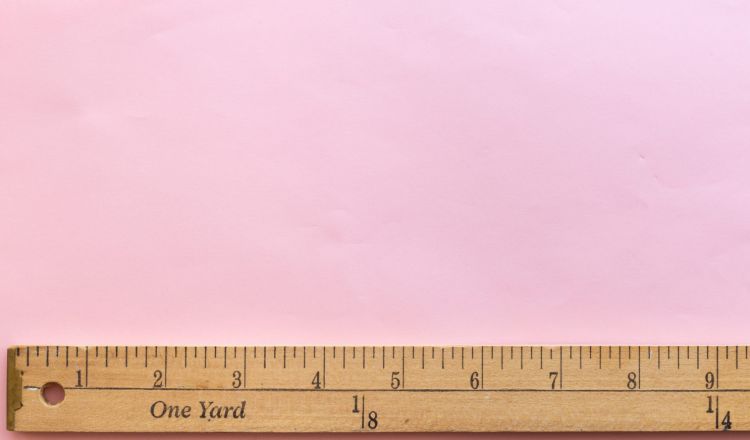 Poynter writing teacher Roy Peter Clark is working on his 20th book, scheduled for publication in the spring of 2023. The title is “Tell It Like It Is: A Guide to Clear and Honest Writing.” The publisher is Little, Brown, which has published the last six of his books. This essay is set to become a chapter in the new book.

For the purpose of this exploration, I will not rely on the word “objective.” It is a good word with a noble history. But it has taken on so many problematic and confusing connotations that it may have lost all practical meaning. I’ll replace it with more useful terms.

Here are five: neutral, disinterested, nonpartisan, impartial and independent. If someone painted a word cloud on the side of an old journalism school, I can imagine these words being included.

It is in that constellation of words that many but not all journalists and public writers find their duty. The current moment is calling those words — and the standards and practices associated with them — into question. If I am a journalist, or work in any news organization, especially if I am a reporter representing the place, may I march in protest or in support of something, may I donate money to a presidential candidate, may I slap a bumper sticker on my Mustang?

Social media have, of course, magnified the problem, as has everything that is happening in the moment, from pandemic debates, to recession effects, to civil unrest and fire in the streets, not to mention a presidential campaign in which one candidate attacks the news media and who lies about the results of the election.

May I write a tweet to express my own preferences and not those of my news organization? Does my role matter: reporter, copy editor, ad manager? If I wear a mask while reporting, am I making a political statement? When it comes to issues about “where I stand” as a public writer, I have reached one powerful conclusion: Just because journalists choose to be neutral about some things does not mean they have to be neutral in all things. (There will be fervent debates about what those things are, and I hope this essay helps us have them.)

Journalists need not be neutral about the value of journalism at its best. About the ideals of democracy at their best. About civic participation, especially things such as voting. In my shop, you could put a sign in your yard saying “Register to Vote.” But not “Vote for So-and-So.” An American flag, yes. A Confederate flag, no. A pride flag? Hey, my oldest daughter describes herself as “queer.” You decide.

In my shop, you could be openly supportive in many ways for human rights and racial justice. But if you are covering the criminal justice beat, you need to write with a level of neutrality about whether we should “defund the police.” If you are doing your job, you need to help us understand the various meanings of that phrase.

There are too many variables to count. What kind of organization do you work for? One that aligns itself with a particular ideology? Or one that stands closer to neutrality as a reporting ideal? And within that organization, what is the role of the particular journalist? What space does he or she occupy? What genre dominates? Beat reporters, investigators, editorial writers, columnists — all will recognize the freedoms and restrictions that influence their work.

That is why each tends to write in a particular voice that represents a discipline within journalism and public writing.

As I think this through as a coach for writers and editors, I find myself asking one particular question again and again: “As you write this, what is your distance from neutrality?” And another: “Where do you want that distance to be?” And another: “How will you create the voice that marks that distance?”

To help individuals and organizations to measure their distance from neutrality, I am wondering if it’s possible to create a tool.

You can call it an algorithm, a spectrum, a model, or just a measuring stick. It extends from left to right, from 0 to 5. The higher the number, the farther the distance from neutrality. I anticipate the criticism that this measurement is crude and its findings inexact. It’s certainly tentative. My hope is that stakeholders will argue with it, revise it, adapt it to their own views of public writing and democracy. By all means, create something better.

I am pretty sure about this: No news organization, publication, or website that I know of fits easily into any of the following categories. You may disagree.

This form of public writing embraces objectivity, at least as an ideal. In some of its current uses, it embodies an unachievable goal (the blank slate; purity from the effects of bias and subjectivity), it is listed here as “zero” rather than “one.” It falls outside the boundary of neutrality. To borrow a phrase from New York University journalism professor Jay Rosen, it now represents a “view from nowhere.” Many who embrace it seem oblivious to how a self-imposed insulation from political expression is in itself an ideological viewpoint.

This form of journalism was the norm through many decades of the 20th century and is practiced to some degree in every mainstream newsroom, but has recently come under pressure.

This form of journalism finds paths to public service that do not always require neutrality as a value. What is sometimes thought of as antagonistic to neutral journalism is here reimagined as a positive, such as a belief in the value of diverse points of view on the same experience. It is the direction where many news organizations are leaning, but it lacks a name.

“Advocacy” is the word we were left with when we lost any positive connotation to the word “propaganda.” The American Heritage Dictionary defines “advocacy journalism” as “Journalism in which the writer or the publication expresses a subjective view or promotes a certain cause.”

A partisan works at a farther distance from neutrality than an advocate. As in all these categories, there can be a crossing-over. The American Heritage Dictionary defines “partisan” as “a fervent, sometimes militant supporter of a party, cause, faction, person, or idea.” While the partisan writer can act — unlike the propagandist — with reason and responsibility, those qualities can be distorted by passionate adherence to the cause.

The meaning of this term turned in the mid-20th century, taking on a more negative connotation after the effects of Nazi propaganda were discovered. In this context, the distance from neutrality is as far as it can be. Fact-checking has no relevance here. Nothing expressed here can be justified.

This is characterized by:

In the midst of a pandemic, all media leaders are trying to work this out, to find the appropriate distance from neutrality that becomes a launching pad for the fulfillment of their mission. A case in point was the announcement in September 2021 that Julie Pace was to be named the executive editor of The Associated Press, one of the most important jobs in journalism.

Here’s what she had to say to The New York Times: “I understand that sometimes there is an outdated impression of The A.P. or a feeling like we’re just a basic wire service putting out choppy sentences. If that is your impression of The A.P., then you haven’t been paying attention to The A.P. We produce just incredibly high-level, sophisticated reports across all formats every day.”

But what about the AP’s distance from neutrality? “Being a fact-based news organization does not mean that everybody on every side of an issue gets equal hearing, gets equal voice. In certain cases, the facts are just really clear, and we want to make sure that we are amplifying the facts and not muddying the facts. So Covid vaccines are safe. Climate change is real. There was no widespread fraud in the U.S. election. Those are not political positions; those are fact-based positions.”