What newsrooms must do to support women journalists under attack online 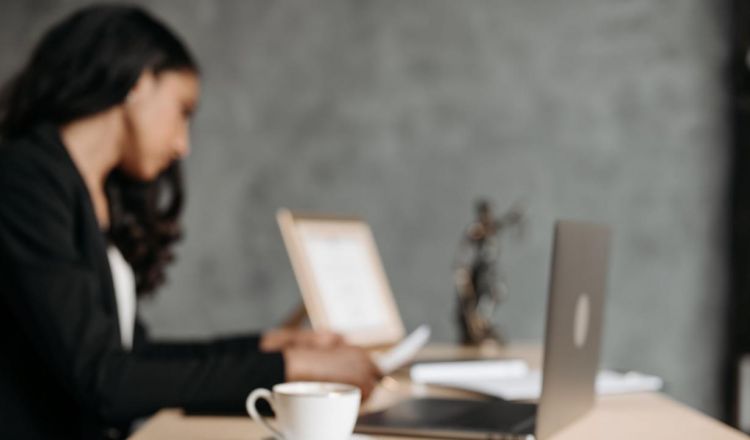 Failing to have policies in place or to even acknowledge the issue, too many newsrooms have frequently left women journalists to face online violence on their own, shouldering the psychological, professional and financial consequences that come with it, explain researchers Dr. Julie Posetti, ICFJ’s deputy vice president of global research, and Senior Research Associate Nabeelah Shabbir, in a new extract from their forthcoming book “The Chilling: A Global Study of Online Violence Against Women Journalists.” Becky Gardiner, a senior lecturer at Goldsmiths, University of London also contributed to the chapter as a specialist researcher.

“There is a need to shift the onus for managing gendered online violence from the individual journalists under attack to the news organizations that hire them, the political and other actors who frequently instigate and fuel attacks, and the digital services that act as vectors for abuse,” write the researchers, who analyzed findings from 15 country case studies of newsroom responses to online attacks, as well as survey responses and interviews with nearly 1,000 women journalists, editors and experts.

News organizations won’t be able to quash online violence against women journalists entirely. The majority of the attacks, after all, occur on social media platforms, and powerful political forces are among the perpetrators. But as women journalists come increasingly under fire for their work, and press freedom suffers, media outlets must do what is in their power to stem the tide.

“[Newsrooms] have a responsibility to do everything they can to prevent these attacks, protect and defend targets when they are under attack, and in the aftermath; and report and ensure that perpetrators face consequences from the state and internet companies where appropriate.”

Newsrooms should “redouble their efforts” and “significantly upgrade their response protocols,” advise the researchers. Here’s how they can do this — and where they fall short today.

Most newsrooms don’t have written protocols for responding to online violence, and those that do, fail to follow them effectively or consistently. Their handling of incidents, as a result, has left the women journalists targeted with insufficient support, or none at all.

This is especially the case when it comes to journalists’ mental health — the top consequence of attacks, according to the journalists surveyed. “Very few women who reported online violence were offered support by their employer: only seven were offered counseling, time off work to recover, or physical security,” the researchers found.

Newsroom guidelines for journalists’ use of social media —  where many journalists operate in the face of attacks and can feel pressured to cultivate strong followings to further their careers — compound the ineffectual responses. At times, they victim-blame and restrict speech, focusing on the journalists’ behavior and what they can or cannot say, according to the researchers, instead of prescribing steps newsrooms can take to support and protect their employees. This can hinder professional prospects and aggravate psychological harm.

Many women journalists said that they have felt unsupported or even punished when in the throes of an attack. “The last two years, I have lived every week of my life getting abused and then getting death threats. And [you] just start to say to yourself, is this ever going to end, is it ever going to stop? I just feel hopeless,” said Patricia Devlin, formerly a reporter in Northern Ireland writing for the Irish newspaper Sunday World. “You try [to] brush it off. And I'm very thick skinned. But wouldn't it be good if I just didn't have to go through that?”

Lack of diversity in newsroom management is also a factor. Women journalists remain underrepresented in positions of power in newsrooms, a reality that explains in part continued reluctance to report attacks. “I felt like I had to be silent because it's the BBC. You don't want to bring it into disrepute,” said BBC reporter Rianna Croxford, after experiencing racist online attacks calling her a “monkey” and the N-word, among other attacks. “As a journalist of color, I sometimes feel you’ve got to work harder, that you can’t afford to make mistakes, and this feeling suddenly felt amplified.”

How newsrooms can improve

It’s not all doom and gloom. Already, some organizations have taken steps to improve their handling of online attacks against their employees.

Major outlets like The New York Times and The Washington Post have publicly defended journalists experiencing attacks, while CNN, Al Jazeera, the BBC and others have acknowledged in internal communications how women and journalists of color are primary targets, according to the report. Some sites have created new roles to respond to online attacks, while others have published editorials and reporting on the violence faced by their journalists

The researchers suggest six key steps newsrooms can begin to take today to confront the issue:

Recognize the full scope of online violence and its consequences

This means not only being attuned to the misogyny, disinformation and political extremism that fuel online attacks, but also the racism, religious bigotry and homophobia, among other forms of discrimination, that intensify them. News organizations must better understand the resulting psychological impacts, and be prepared to address them.

Develop prevention strategies and guidelines for responding to the attacks

Gender-aware digital security should be at the forefront of these efforts, led organization-wide, and extended to freelancers, too. Efforts should include training, effective comment moderation where possible, and more.

“Targeted journalists need to know who to tell, and how to describe what they are enduring,” advise the researchers. Newsrooms should assemble a team that responds to incidents of online attacks, and that can document, monitor and evaluate them over time. In doing so, newsrooms will develop contextual expertise that will assist their handling of future incidents. Their efforts may also support legal avenues should they be taken.

Evaluating the potential for online attacks before a story is published can help protect journalists’ physical and mental wellbeing. Effective risk assessment takes into account the context in which the journalists are reporting and risk factors such as their gender, race, religion and sexual orientation.

“When the journalist knows that steps have already been taken to mitigate risks of physical violence, and that the risk of data breaches have been minimized through defensive digital security tactics, then any subsequent attack that does take place may have reduced psychological impact,” the researchers explain.

When an attack occurs, first ensure the target’s digital security is tight. Report the violence to the relevant social media platforms on her behalf. Offer peer, legal, and long-term mental health support. In more serious cases, consider physical and temporary relocation. Be prepared to absorb these costs.

Develop an editorial and advocacy strategy

Leverage newsroom talent and resources to investigate and report on the attacks.

“The core skills that should be found in every newsroom — the ability to investigate and expose wrongdoing, to explain complex ideas to the public, and to report in the public interest — can become powerful tools in the fight against gendered online violence, if newsrooms are willing to use them,” reads the report.

The Philippines’ Rappler, for instance, has prioritized investigative journalism responses, media literacy campaigns, and public advocacy calling on accountability from the tech giants. In the U.K., The Guardian and Observer newspapers have published comprehensive analyses and editorials, while HuffPost UK has issued statements in support of their journalists when they come under fire, a tactic also adopted by the Toronto Star.

Addressing online violence effectively is challenging and expensive for newsrooms already operating in a difficult media environment, but this isn’t an excuse to forgo the duty to combat it, the researchers caution.

“News organizations have as much responsibility to ensure the safety of women journalists online — including those who work in a freelance capacity — as they do offline.”

Photo via Pexels by Pavel Danilyuk.