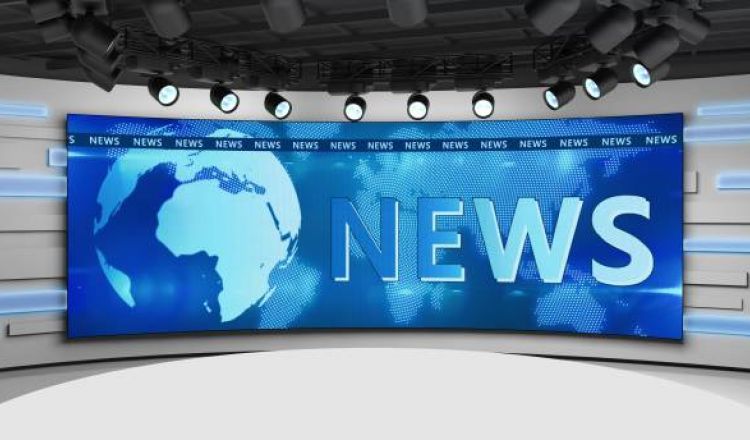 World Press Freedom Day is a reminder of why democracy and a free press matter. But conversations about safety, sustainability and sourcing need to be an all-year priority

Journalists covering conflicts, as well as those working in authoritarian or hostile environments, are rightly at the front of our minds on World Press Freedom Day, a day of support for media vulnerable to press freedom attacks, and a day to remember journalists who have lost their lives because of their work.

Press freedom cannot be taken for granted, and the press can be silenced in new and different ways. That is demonstrated by this year's theme of the "digital siege" or the rise of digital authoritarianism. Global Voices describes this as "how digital communications technologies are being used to advance authoritarian governance around the world." The team picked out a selection of stories which have not received the attention they warrant. Many of these cases come from countries where attacks on the press have long been part of the modus operandi of illiberal regimes, but wherever you are based, press freedom is not something that can be taken for granted.

A good example of that comes from this editorial in the Toronto Star, showing how even in Canada, intimidation and harassment of journalists is rife - while the Reporters Without Borders Press Freedom Index only described the press freedom situation as "good" in 26 of 180 countries. Statements from the International Press Institute and European Federation of Journalists have equally highlighted the need for democracies to stand up for press freedom at home.

And while journalists cannot always influence decisions made by politicians or platforms that transform the environment we work in, every newsroom can play a part in securing the future of the industry. Here are five questions every newsroom should be considering this World Press Freedom Day.

How resilient are our revenue streams?

Media viability is a press freedom issue. Without money, there is no journalism.

Free Press Unlimited summarises some of the major threats to viable independent media, including media capture (direct or indirect control of media by the state, for example through ownership or advertising) and financial pressure. The covid-19 pandemic has only intensified the economic threat to the news industry, in particular by accelerating the decline of newspaper revenue, as new research by Economist Impact shows.

As a result, newsrooms should regularly audit where their money comes from, keeping abreast of changes and policies which could impact that income.

Developing multiple revenue sources is critical. Newsrooms around the world have secured their independence through carving out membership models and consultancy work within their business.

Journalists walking out of compromised newsrooms and rebooting with a new venture supported directly by readers has become an increasingly common occurrence - see Telex in Hungary and Kyiv Independent in Ukraine. The founders of both organisations spoke at the International Journalism Festival about how their survival was made possible through reader donations and subscriptions.

Do we protect our journalists from harassment?

Abuse is not part of the job description for journalists, but with increasing polarisation and journalists often needing to be active on social media to find stories and communicate with their communities, it is something many are exposed to.

For journalists to be able to work safely and effectively - and for newsrooms to retain talented staff - their employers must support them.

The International Press Institute and International Women's Media Foundation both offer online courses in building a strategy to prevent abuse and protect staff if it happens, while the Rory Peck Trust and Freelance Journalism Assembly provide safety resources for freelancers.

Are we supporting our colleagues working in dangerous situations?

To report on global news, most newsrooms rely on the bravery and professionalism of colleagues on the ground in difficult environments.

In response to the crisis in Ukraine, the international media community mobilised quickly to provide financial and material support, but some of those on the ground pointed out that despite the solidarity, many outlets continue to fail to offer the support and credit these journalists need.

Journalists who are sent on assignment to hostile environments should be given adequate training and preparation, and support on their return. And when working with local journalists and producers, there are practical steps to take to ensure their safety, such as paying them promptly and fairly, not requiring them to be in physically dangerous situations unnecessarily, and giving them credit for their work.

The Committee to Protect Journalists has a wealth of resources in its Security Guide.

Who are we speaking to?

The latest edition of the Press Freedom Index from Reporters Without Borders highlights how growing polarisation provides a fertile ground for the spread of disinformation and tension, which in the worst cases can fuel conflicts. So, is your newsroom doing enough to reach across divides and represent marginalised groups?

Many organisations are doing excellent work in this area, from Deutsche Welle's Flipping the Script project putting voters at the centre of election coverage, to the People's Newsroom at the Bureau Local. By reaching out to groups traditionally under-represented in the news - and working with them ethically and responsibly - your journalism can help readers better understand people and issues they do not come into contact with in everyday life.

Journalists should also consider whether they are doing enough to reach young people, typically turned off by mainstream reporting but with a strong interest in the news, and to reach groups that have low levels of engagement with politics. This includes keeping up with evolving formats and news behaviours, and reviewing things like headlines and picture choices to ensure they accurately represent your reporting even to those who only skim their news feed.

Are we doing enough to build trust?

This is perhaps the most crucial question to ask. If audiences do not trust you, they certainly will not support you. The good news is that anybody and everybody in the newsroom can be part of the solution.

Building trust is an ongoing process, involving everything from transparency around your data collection practices and advertising, to your relationships with community members, and the way you respond to corrections and criticism.

Helpful resources are available from the Trust Project which shares eight key indicators and the Trusting News Project which offers case studies and tips on building trust, while the Reuters Institute for the Study of Journalism’s Trust in News project has carried out research into why people do not trust the news, so that you can use this to inform your own trust strategy.

World Press Freedom Day is a chance to communicate the necessity of free media, but newsrooms have a responsibility to demonstrate their value by building trust year-round. We would love to hear how your newsroom is thinking about and responding to these challenges. Get in touch with us today.

Catherine Edwards is acting editor of Journalism.co.uk, and also works with the International Press Institute and Free Press for Eastern Europe on projects supporting newsrooms across Central and Eastern Europe