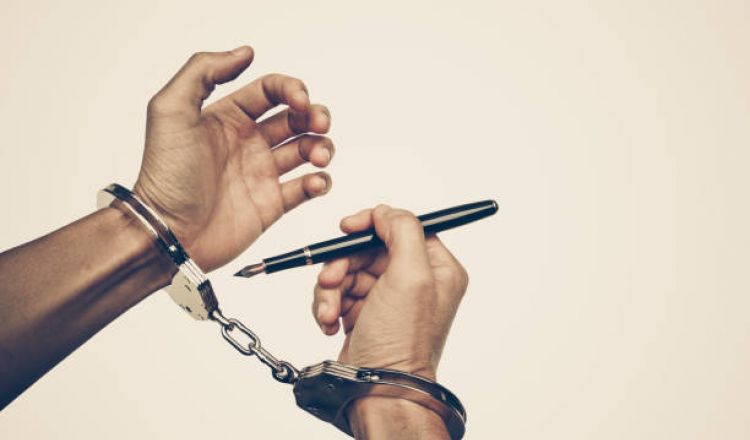 The 20th World Press Freedom Index published by Reporters Without Borders (RSF) reveals a two-fold increase in polarisation amplified by information chaos – that is, media polarisation fuelling divisions within countries, as well as polarisation between countries at the international level.

The 2022 edition of the World Press Freedom Index, which assesses the state of journalism in 180 countries and territories, highlights the disastrous effects of news and information chaos – the effects of a globalised and unregulated online information space that encourages fake news and propaganda.

Within democratic societies, divisions are growing as a result of the spread of opinion media following  the “Fox News model” and the spread of disinformation circuits that are amplified by the way social media functions. At the international level, democracies are being weakened by the asymmetry between open societies and despotic regimes that control their media and online platforms while waging propaganda wars against democracies. Polarisation on these two levels is fuelling increased tension.

The invasion of Ukraine (106th) by Russia (155th) at the end of February reflects this process, as the physical conflict was preceded by a propaganda war. China (175th), one of the world’s most repressive autocratic regimes, uses its legislative arsenal to confine its population and cut it off from the rest of the world, especially the population of Hong Kong (148th), which has plummeted in the Index. Confrontation between “blocs” is growing, as seen between nationalist Narendra Modi’s India (150th) and Pakistan (157th). The lack of press freedom in the Middle East continues to impact the conflict between Israel (86th), Palestine (170th) and the Arab states.

Media polarisation is feeding and reinforcing internal social divisions in democratic societies such as the United States (42nd), despite president Joe Biden’s election. The increase in social and political tension is being fuelled by social media and new opinion media, especially in France (26th). The suppression of independent media is contributing to a sharp polarisation in “illiberal democracies” such as Poland (66th), where the authorities have consolidated their control over public broadcasting and their strategy of “re-Polonising” the privately-owned media.

The trio of Nordic countries at the top of the Index – Norway, Denmark and Sweden – continues to serve as a democratic model where freedom of expression flourishes, while Moldova (40th) and Bulgaria (91st) stand out this year thanks to a government change and the hope it has brought for improvement in the situation for journalists even if oligarchs still own or control the media.

The situation is classified as “very bad” in a record number of 28 countries in this year’s Index, while 12 countries, including Belarus (153rd) and Russia (155th), are on the Index’s red list (indicating “very bad” press freedom situations) on the map. The world’s 10 worst countries for press freedom include Myanmar (176th), where the February 2021 coup d’état set press freedom back by 10 years, as well as China, Turkmenistan (177th), Iran (178th), Eritrea (179th) and North Korea (180th).

RSF Secretary-General Christophe Deloire said: “Margarita Simonyan, the Editor in Chief of RT (the former Russia Today), revealed what she really thinks in a Russia One TV broadcast when she said, ‘no great nation can exist without control over information.’ The creation of media weaponry in authoritarian countries eliminates their citizens’ right to information but is also linked to the rise in international tension, which can lead to the worst kind of wars. Domestically, the ‘Fox News-isation’ of the media poses a fatal danger for democracies because it undermines the basis of civil harmony and tolerant public debate. Urgent decisions are needed in response to these issues, promoting a New Deal for Journalism, as proposed by the Forum on Information and Democracy, and adopting an appropriate legal framework, with a system to protect democratic online information spaces.”

New way of compiling the Index

Working with a committee of seven experts* from the academic and media sectors, RSF developed a new methodology to compile the 20th World Press Freedom Index.

The new methodology defines press freedom as “the effective possibility for journalists, as individuals and as groups, to select, produce and disseminate news and information in the public interest, independently from political, economic, legal and social interference, and without threats to their physical and mental safety.” In order to reflect press freedom’s complexity, five new indicators are now used to compile the Index: the political context, legal framework, economic context, sociocultural context, and security.

In the 180 countries and territories ranked by RSF, indicators are assessed on the basis of a quantitative survey of press freedom violations and abuses against journalists and media, and a qualitative study based on the responses of hundreds of press freedom experts selected by RSF (journalists, academics and human rights defenders) to a questionnaire with 123 questions. The questionnaire has been updated to take better account of new challenges, including those linked to media digitalisation.

In light of this new methodology, care should be taken when comparing the 2022 rankings and scores with those from 2021. Data-gathering for this year’s Index stopped at the end of January 2022, but updates for January to March 2022 were carried out for countries where the situation had changed dramatically (Russia, Ukraine and Mali).