Bolster your smartphone arsenal with list of tools and apps for video effects, subtitles, data vis and much more

Tips for reporting on reproductive health

#AJROpinion: Western media must stop framing the Israeli occupation of Palestine as a 'conflict of equal sides' - it's poor journalism and media needs to start telling the truth

More Israeli Violations: With the Assassination of Journalist Shireen Abu Akleh and Injury of Journalist Ali Al-Samudi, the number of journalism victims raises to 48 since 2000 & injuries to more than 66 in 2022 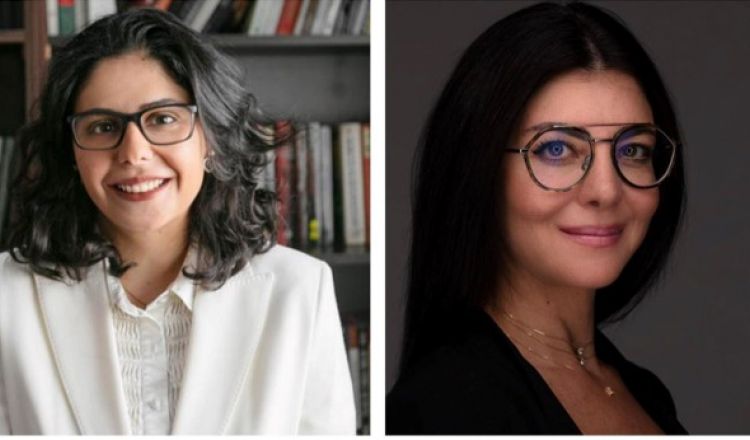 Two female scholars in Kuwait who have experienced more than one form of discrimination in their careers are putting their research skills to use in defending the rights of other marginalised people, both inside and outside academia.

In it, the two scholars relied on a performative research methodology that reflects their own practical experiences, in order to push for a safer environment for students and faculty members.

The research, which took about two years to complete, won the 2021 most outstanding monograph award from the National Communication Association.

Ghabra, who is of Palestinian descent, encounters prejudice against outsiders in Kuwait. Alshammari, who was diagnosed with multiple sclerosis at the age of 18, copes with stereotyped assumptions about people with disabilities, as well as physical barriers.

“We have always faced stigma for being women and younger,” Ghabra said in an interview with Al-Fanar Media.

“The stigma comes from a deeply rooted patriarchal system based on the notion that women are less competent,” she said.

Ghabra, who holds a doctorate in communication and culture studies from the University of Denver, in the United States, said, “This stigma is reflected in daily interactions. Outside class we face questions like, ‘Are you married?’ ‘How many children do you have?’ In e-mail correspondence, we are sometimes addressed without academic titles.”

She added: “The discrimination I faced extended to my accent in class because I sometimes use Palestinian words.”

In her research with Alshammari, Ghabra asked questions like, ‘Can I live in a state of constant flux? Am I being punished because I am stateless?”

‘Women Do Not Limp!’

Alshammari faces additional discrimination because of her disability. Just getting around the campus can feel like teaching in a war zone.

She holds a doctorate in literature from the University of Kent, in the United Kingdom, and serves as an occasional editor of the journal Disability & Society. Yet some colleagues, she says, seem focused on her physical limitations.

After seeing her using a crutch on her way to class, one faculty member said to her in front of her students, “That does not suit you, Doctor. Be harder on yourself. Be strong.”

Alshammari told Al-Fanar Media: “I was punished for failing to be an ideal woman. Women do not limp! At that moment I realised that despite being a Kuwaiti woman holding a doctorate, I am still a woman with a disability that cannot be hidden for long.”

She also feels a type of discrimination in physical barriers that put her at a disadvantage. These include things like narrow stairs, lifts that are too far from the classroom, heavy doors that require a capable body to open, and “having to speak loudly because there are no audiobooks.”

“I’m still fighting in the classroom. The challenge for me is how to move from a state of war to a safe zone.” (See a related article, “For Students With Disabilities, the Pandemic Adds Another Barrier”.)

Speaking Up for Marginalised People

Despite the instances of discrimination they relate, the two scholars say they are not looking for sympathy or seeking to convey a sense of injustice. They believe that “their main duty is to employ the privileged space they have through academic work to defend the rights of marginalised people and to understand the contexts of such discrimination through research.”

“As academics, we feel the responsibility that our voice, as well as the voices of those who face similar difficulties inside and outside universities, should be heard,” said Alshammari. “We want our research to be international and accessible to everyone. We want people to change their perceptions, and to pay attention to how they conduct business outside the classroom.”

Ghabra advocates the importance of using contacts, scholarly knowledge, and academic privileges to provide a safe space for students who may need support.

“Being an academic means I am an activist and can advocate for people’s rights because I maybe have better connections. I have the privilege of having a Ph.D., which makes me more responsible for trying to make societies more tolerant, open and accepting.”

The paper’s fourth chapter is titled: “Disrupting Privileged and Oppressed Spaces: Safe Spaces.” It details how the two scholars’ experiences reinforced their awareness of “the need to use their privileges to provide a safe space for students who need support, particularly those likely to feel alienated, such as the Bidoon (stateless people) and the disabled.”

In the chapter, Ghabra writes: “When Bidoon students tell me that they are stateless, it is my moral and privileged responsibility not to share this information with other students or professors. There is a feeling of mutual trust, and we must work to develop it. These situations require me to help them in different ways.” (See a related article, “Kuwait’s Stateless Students See Hope in Nationality-Blind Certificates”.)

Discrimination Is a Global Issue

The discrimination the research reveals is not confined to a specific country, nor indeed to just the Arab world. In a recent survey of more than 3,000 scientists worldwide, conducted by the journal Nature, only 40 percent of respondents felt that their employers were doing enough to promote diversity, equity and inclusion.

Maysaa Jaber, a lecturer in English at the University of Baghdad, told Al-Fanar Media: “There are examples of discrimination that may put women off accepting leadership positions in academic institutions, or leave them psychologically affected, such as calling them ‘Umm’ (‘mother of’) followed by the name of their son or daughter rather than using their academic title.” (See a related article, “Arab Women Are Left Out of University Leadership”.)

Jaber, who holds a doctorate from the University of Manchester, in the United Kingdom, added: “The obstacles that academics face greatly affect their career paths. Any woman in a teaching position faces misconceptions and stereotypes, such as the suggestion that she is weak and cannot show leadership, especially if the leaders are men. They justify this by saying that women have domestic responsibilities as a wife and mother.”

Jaber believes that research papers that expose such discrimination are “important and necessary to improve the educational environment in the Arab world, and raise awareness of discrimination whose manifestations vary from one country to another.” 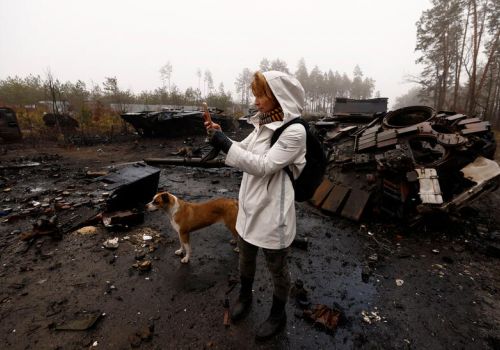 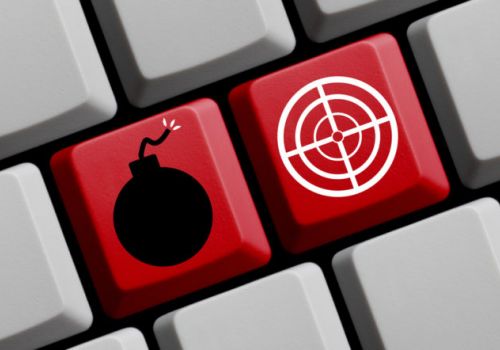 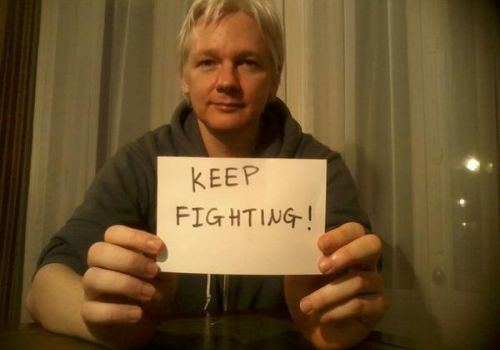 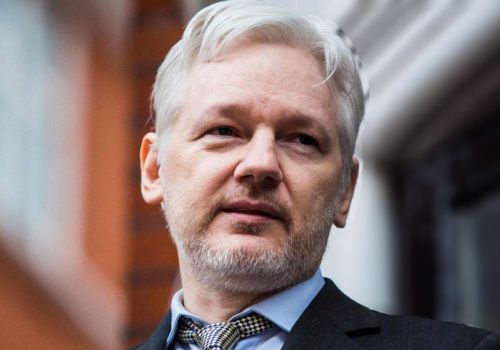 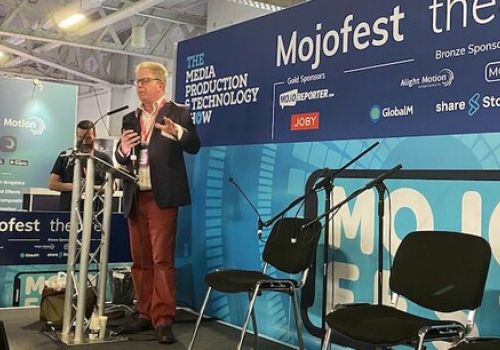 Bolster your smartphone arsenal with list of tools and apps for video effects, subtitles, data vis and much more

Journalism is not a given in people's ...

Members of the European Parliament call for ...

Council of Europe Commissioner for Human ... 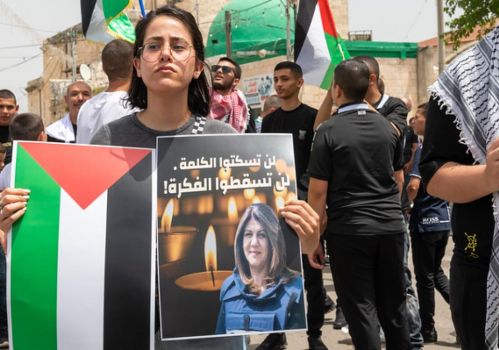 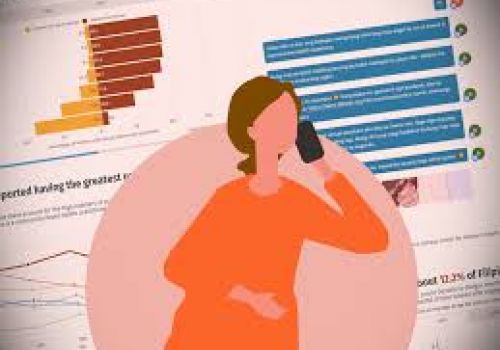 Tips for reporting on reproductive health 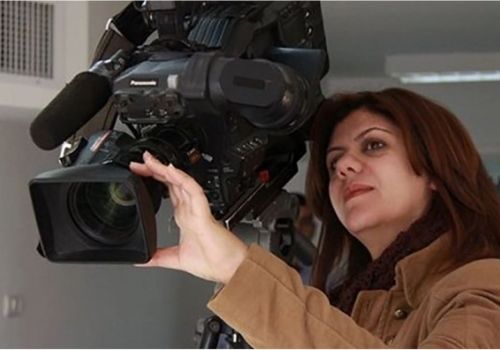 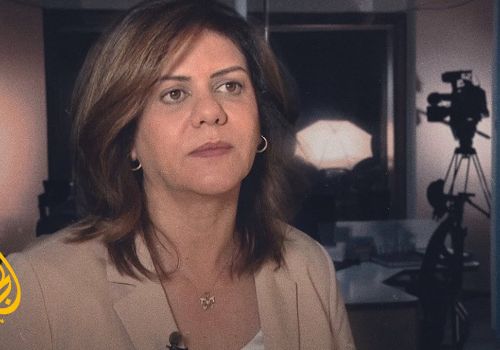