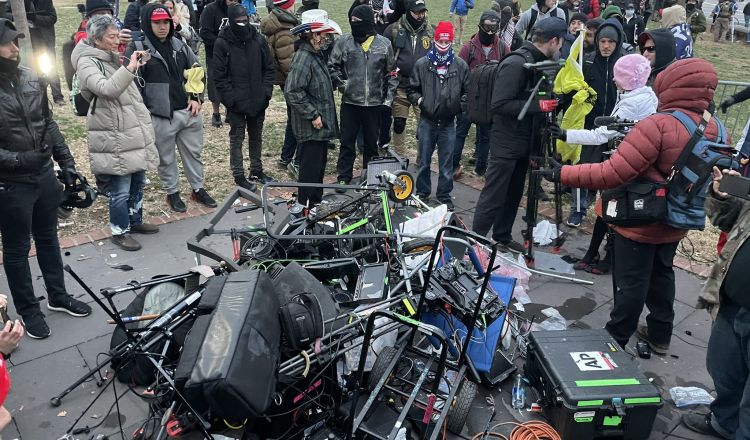 The Journalist Support Committee in Geneva (JSC) expresses its deep concerns and worries about the safety of journalists and media workers, as it condemns the aggressive assault on media crews and journalists as well as destroying their equipment by violent protestors while covering the events at the “Capitol” building in Washington D.C, the capital of the United States of America on Wednesday, January 6th , 2020. Moreover, it calls the American President Trump to stop incitement to violence against media agencies, crews, and journalists.

s it expresses its absolute support for the journalists who have been attacked, especially with local reports hinting that the attackers mainly targeted representatives of media organizations who weren’t supporters of the earlier President Trump, the Committee demands the local authorities, law enforcement agencies and other concerned authorities to provide protection for all journalists and media workers, to preserve the right of free access to information and to follow up the ongoing events of public interest. Moreover, it demands to expedite the conduct of transparent investigations to identify the perpetrators and impose fair punishment. As well, the Committee reminds Media agencies about the necessity of adherence to the Journalists Code of Ethics during their news coverage, especially in terms of objectivity in reporting events, to further protect their correspondents reporting in high-conflict areas.