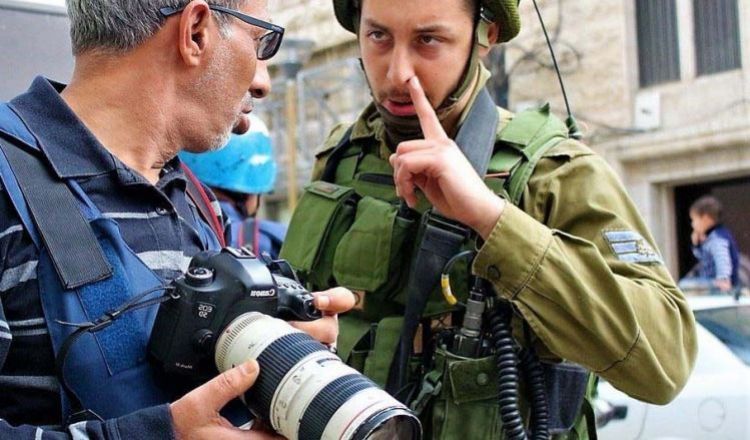 The Journalist Support Committee has documented, over the course of the current year an escalation of Israeli violations against Palestinian journalists and media workers in occupied Jerusalem and its environs.

The committee affirmed in its report issued on Tuesday, June 16, 2020, that journalists throughout this period were subject to the following: direct targeting, battery, gunfire, arbitrary detention, home intrusion, prevention from work or photography in Jerusalem, arrests, summons, interrogations, expulsion from occupied Jerusalem, and seizure of press equipment and other direct threats and ongoing harassment.

The report has recorded more than 56 violations against Jerusalemite journalists in the city's holy land, including 4 cases of expulsion, for each of the following journalists: Anan Najib, Sondos Aweis, Amjad Arafah, Abdel Karim Darwish. In addition to 7 cases of arrest and detention, and 14 cases of summoning.

Furthermore, the report has recorded the following:

The report indicated a series of violations against journalists and media workers in occupied Jerusalem, the most recent of which was handing Jerusalemite journalist Annan Najib a decision to expel him from the city of Jerusalem for a period of 6 months, on the pretext of having ties with a terrorist organization and plotting activities against public security.

According to the journalist, Najib, who stated that the occupation authorities summoned him for the fourth time in a month, at the Al-Maskoubiya police station, to hand him an expulsion order for a period of six months, on the pretext of initiating activities threatening Israeli security.

Najib stated: "The occupation did not give me enough time to arrange my affairs and prepare my belongings, and I am currently settled in the West Bank until the effect of the decision expires."

Moreover, in continuation of Israel’s policy in silencing the press in occupied Jerusalem, on June 6, 2020, freelance journalist Sondos Aweis was also handed an expulsion order from Al-Aqsa Mosque area for a period of three months, on charges of "stirring up trouble and riots within Al-Aqsa".

The journalist Aweis has clarified that the occupying authorities have summoned her to Al-Qishleh police station, and handed her the expulsion order, which prevents her from entering Al-Aqsa Mosque, signed by the Jerusalem police chief.

On May 31, 2020, the occupation forces have investigated with freelance journalist Sondos Aweis after her arrest near the Al-Aqsa Mosque square while filming the settlers storming the mosque. The investigation ended with the decision to expel her from Al-Aqsa for a week.

During the month of June, the occupying authorities also summoned freelance journalist Rose Zrou, and on June 2, 2020, the journalist was placed for interrogation in Al-Maskoubiya Police Station in Jerusalem, because of her coverage of an event commemorating the death of Faisal Al-Husseini in front of the Orient House in Jerusalem.

According to journalist Zrou, she stated that: “I was interrogated about my presence there, but I confirmed before the investigator that I am a journalist and I was there to cover the event, there was no violation of the law, in addition to the absence of any political activity, and that I hold an international press card. After the investigation ended, which lasted for a few hours I was unconditionally released."

Furthermore, on June 3, 2020, the occupation intelligence has summoned four journalists from Jerusalem for interrogation, they are:

The journalists were summoned during their coverage of the occupation forces’ crackdown on solidarity stand in front of Sheikh Ekrima Sabri’s house, and they were put for investigation regarding the nature of their work and the sources of information they rely on.

On June 7, 2020, journalist Ahmed Al-Shabuki was summoned and interrogated at the Al-Maskoubiya Police Station for one hour. The interrogation focused on his journalistic work and the sources of information he relies on.

Since the beginning of this year, the city of Jerusalem and its suburbs and inside Al-Aqsa mosque have witnessed the use of excessive force by the occupying forces against peaceful marchers and demonstrators. While violently suppressing marches and sit-ins, the occupying forces targeted in particular journalists and workers in the local and international media, in an attempt to withhold fact images of what is truly happening inside the Holy City, as stated in the report.

The report also documented some of the violations, as follows:

24-1-2020: The occupying forces have arrested two journalists: freelance photographer Abdel Karim Darwish, from Beit Hanina in Jerusalem, and freelance journalist Amjad Arafa after raiding their house, and have interrogated them in the Al-Maskoubiya Police Station in Jerusalem, about their journalistic work and media coverage in Al-Aqsa Mosque. They were later released.

24-1-2020: The Israeli Public Prosecution demanded the expulsion of journalists Amjad Arafa and Abdel Karim Darwish from the Al-Aqsa Mosque for 30 days. And after pleading the Magistrate's Court, the judge reduced the duration of expulsion for 10 days but still prevented from covering in the area, also to sign third-party self-bail worth ten thousand shekels, after being charged with "engagement in acts that could affect the safety and security of people."

26-2-2020: The occupying forces have arrested the director of the Arab Studies Association, political analyst and maps and settlement expert Khalil Al-Tufakji after raiding his house in the Wadi Al-Joz neighbourhood of Jerusalem. He was later released on bail.

16-4-2020: The Israeli occupation intelligence summoned Jerusalemite Palestine TV correspondent Christine Renawi, as she was investigated for 3 hours, at Al-Qashleh police station, west of occupied Jerusalem, regarding her work on Palestine TV. She received threats by occupation authorities during the investigation and vowed to renew the decision to ban her and the television crew from working in Jerusalem. The occupation army stormed the headquarters of Palestine TV in the city of Jerusalem at the end of 2019 and banned its crew from carrying out their work in Jerusalem.

4-5-2020: The Israeli occupation forces stormed the home of journalist Tamer Obeidat (34 years old) in the Jaber Al-Mubker neighbourhood in occupied Jerusalem. The forces searched and tampered the house’s contents. Before their withdrawal, the Israeli soldiers arrested Obeidat and took him to the Al-Maskubiya police station in West Jerusalem. At evening hours, the occupation authorities released him, after investigating him regarding his violation of the "application" law that bans work for the Palestinian Authority in the city of Jerusalem.

4-5-2020: The Occupation Court issued a verdict against the imprisoned student journalist at Birzeit University, Mais Abu Ghosh, from Qalandia camp, north of Jerusalem, for a prison sentence of 16 months, and a fine of one thousand shekels.

5-5-2020: The Israeli occupation forces stormed the house of the poet Rania Hatem (38 years old) in Al-Tur neighbourhood, east of the Old City of occupied East Jerusalem. The forces searched and tampered the house’s content. Before their withdrawal, the Israeli soldiers arrested the poet and took her to Al-Maskubiya police station in West Jerusalem. At evening hours, the occupation authorities released her, after she signed a bail of 10,000 shekels.

10-5-2020: The Israeli occupations’ intelligence forces have summoned Palestine TV correspondent Christine El Renawi (31 years old) for interrogation at Al-Maskoubiya Police Station in Jerusalem. The correspondent was handed a decision signed by the Israeli Minister of Internal Security, Gilad Erdan, extending the closure of the Palestine TV office and banning its activities in Jerusalem, and inside Israel, for an additional six months.

10-5-2020: The Israeli occupying authorities have extended the prohibition of Palestine TV from working in both Arabic and Hebrew languages within the territories of the 48. In addition, the authorities banned its activities for an additional six months on the pretext that it’s affiliated to the Palestinian Authority.

10-5-2020: The occupying forces stormed the house of the free journalist Annan Najib in Jerusalem and tampered with the house’s contents, and before their withdrawal, the Israeli occupying forces arrested journalist Najib, and took him to the Al-Maskubiya police station for interrogation. His phone and memory card were also confiscated, on suspicion of “having ties with a terrorist and plotting activities against public security". The journalist was released after two hours on a bail of 5,000 shekels in case he was summoned to be investigated or to court.

28-5-2020: The Israeli occupying authorities have handed over to the Jerusalemite journalist Annan Najib an expulsion order from the occupied city of Jerusalem, while the duration of the expulsion will be determined within 72 hours from issuing the order. It is worth mentioning that the occupying forces gave summoned journalist Najib several times, during these past few days, for investigation. In addition, the journalist has been expelled from Jerusalem several times during these past years.

12-6-2020: The occupation police and intelligence services have summoned Jerusalemite journalist Ahmed Othman Jalajel (40 years old), who works as a photographer and journalist for several TV channels and news sites.

5-6-2020: The occupying forces arrested Palestine TV journalist Ahmed Kamal Hababa at the Beit Iksa checkpoint, northwest of occupied Jerusalem. The journalist was assaulted before his arrest and was taken to an unknown destination. 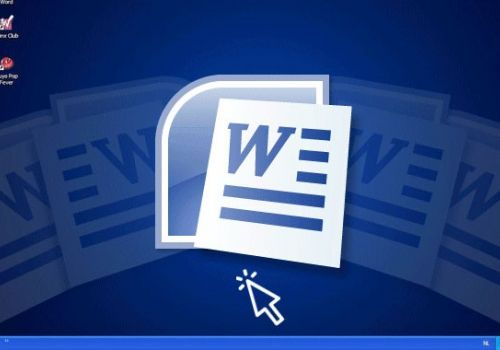 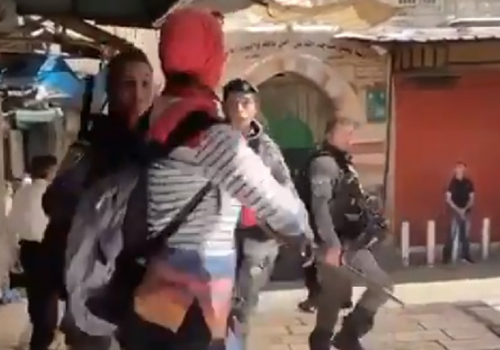 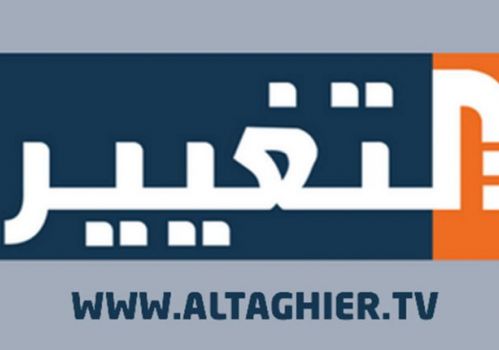 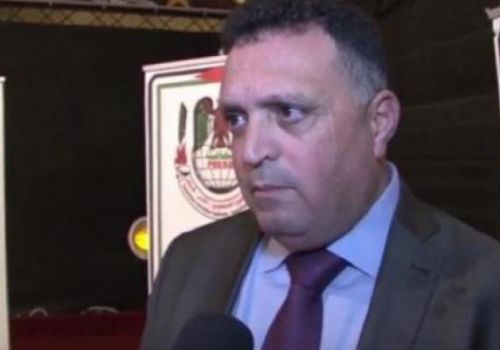 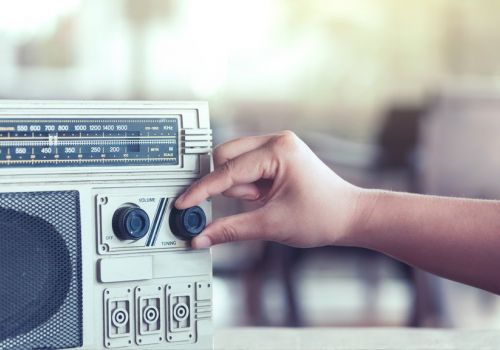 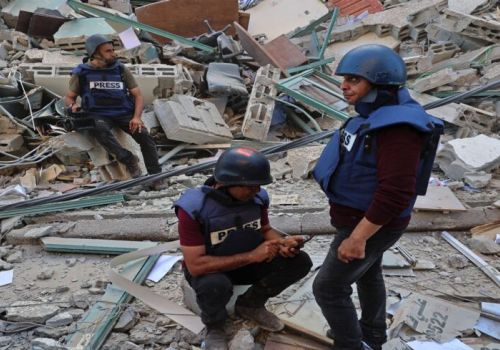 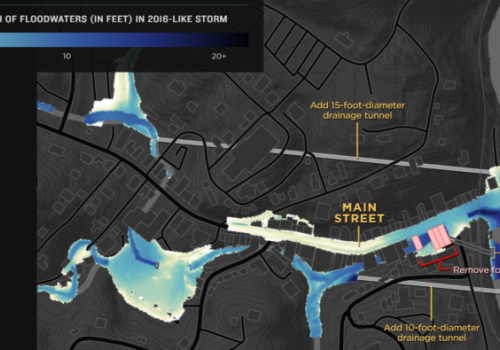 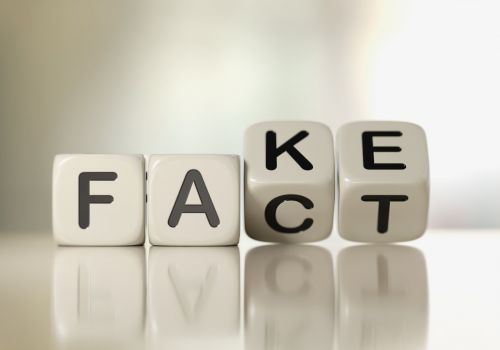