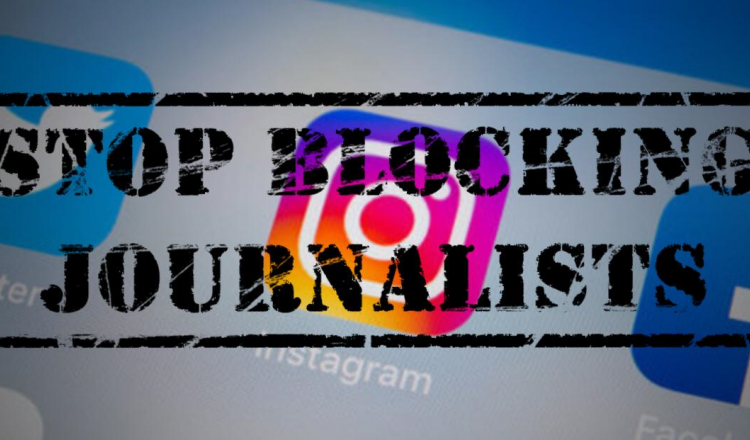 The Journalist Support Committee notes with concern the emerging trend of administrators of social media platforms including Facebook, Twitter and Instagram in restricting freedom of speech by blocking the accounts of journalists and media outlets without justification.

Social media platforms play a vital role in opening up space for debate and encouraging freedom of opinion, but this recent trend constitutes a violation of the freedom of expression. Social media platforms have a responsibility to remain independent from political interests and to not allow concerns regarding the dissemination of misinformation and hate speech to be used as an excuse to restrict freedom of speech and to silence journalists.

At the international level, this trend goes against the protections for freedom of opinion and expression as stipulated in Article 19 of both the Universal Declaration of Human Rights and the International Covenant on Civil and Political Rights. Protection for freedom of expression and opinion is also reiterated in treaties at the regional level: in Article 9 of the African Charter of Human and Peoples' Rights (ACHPR), in Article 10 of the European Convention on Human Rights (ECHR), in Article 13 of the San Jose Pact (ACHR) and in the Human Rights Declaration of the Association of Southeast Asian Nations (ASEAN).

The Journalist Support Committee urges the major social media platforms to acknowledge the importance of the free transfer of ideas and information in fostering the development of open civil societies. The Journalist Support Committee calls on Facebook, Twitter and Instagram to re-activate those accounts and pages of journalists and media outlets which have been unjustly blocked in recent weeks and months. The social media platforms should comply with international law and refrain from undermining freedom of speech.